On Tuesday 29 May, MS Iceland Dairies signed a production and branding agreement for Ísey Skyr with Nippon Luna, a dairy company owned by Nippon Ham, which is one of Japan’s largest fresh and frozen food companies and the world’s fourth largest meat producer. Nippon Ham, which has an annual turnover of ISK 1300 billion, expects Ísey Skyr to strengthen the company’s standing in the Japanese dairy market.

The yoghurt market in Japan is the second largest in the world, after the United States, with an annual turnover of 5 billion dollars. Considering this, and the size of the contracting party, this is the biggest production agreement for Ísey skyr that MS has made to date. The contract was signed today at Nippon Ham’s headquarters by the directors of Nippon Luna, MS and the Icelandic-Japanese company Takanawa, which collaborated with MS in negotiating the contract and will oversee its execution. Guðlaugur Þór Þórðarson, the Icelandic Minister for Foreign Affairs, and Elín Flygenring, Iceland’s ambassador to Japan, were present at the signing.

New production facilities for Ísey skyr will be constructed in Japan and the product will enter the market in early 2019. Japan has a population of 127 million and 70,000 grocery stores, and the aim is to make Ísey skyr available in as many stores as possible in the next few years. The 2020 Olympics will be held in Tokyo and MS’s Japanese partners hope that by then, Ísey skyr will have become a part of the diet of Japanese athletes.

MS has been aware of the great interest in Japan for several years and Iceland’s Japanese embassy has received many queries on where to buy Ísey skyr in Japan. A magazine owned by 7-11, Japan’s biggest grocery chain, recently ran an article on Ísey skyr, describing it as the product most needed on the Japanese market. Japan is the country that other Asian countries look to when it comes to product innovations and MS hopes that Ísey skyr’s entry into the Japanese market will lead to further market opportunities in Asia. 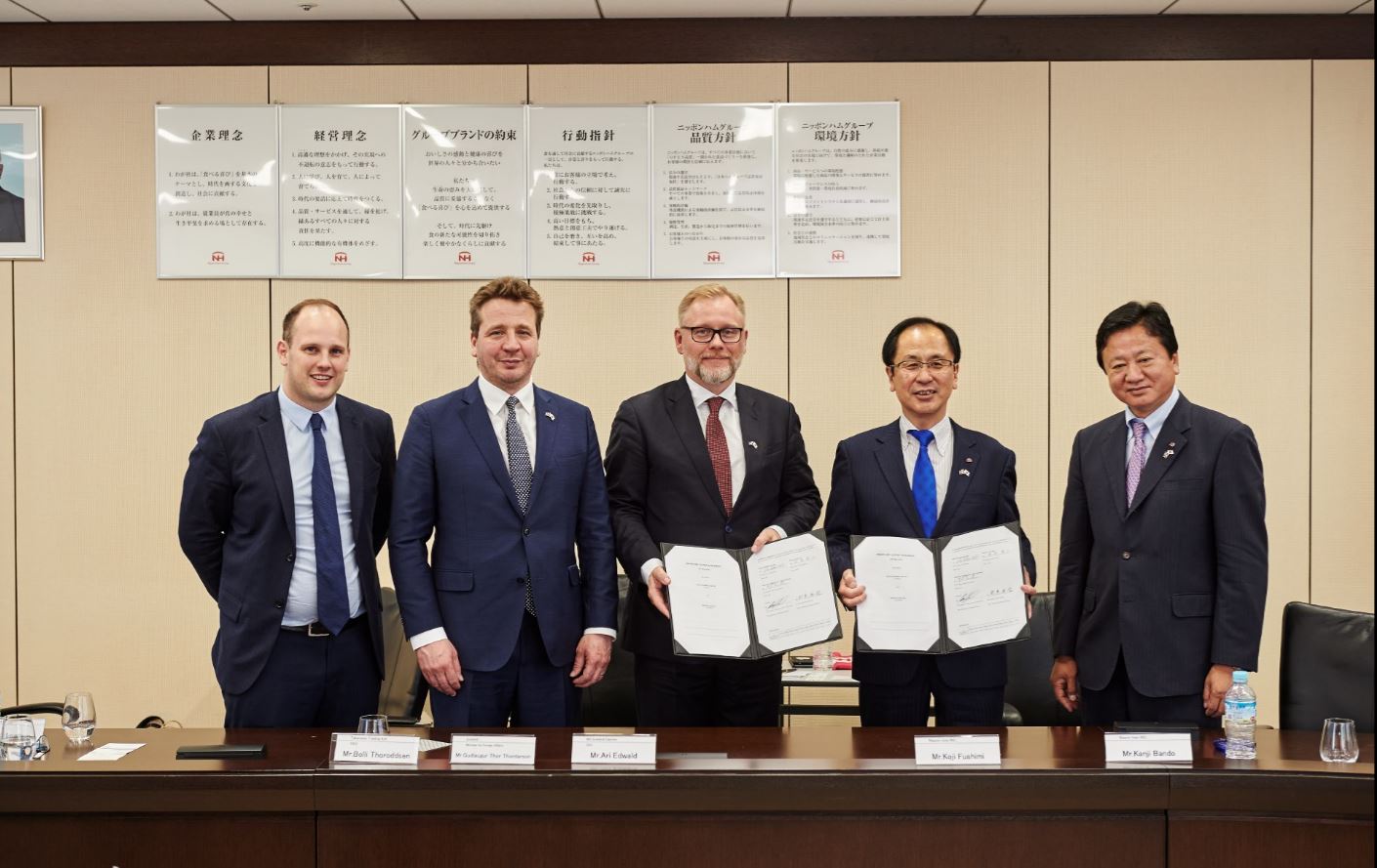 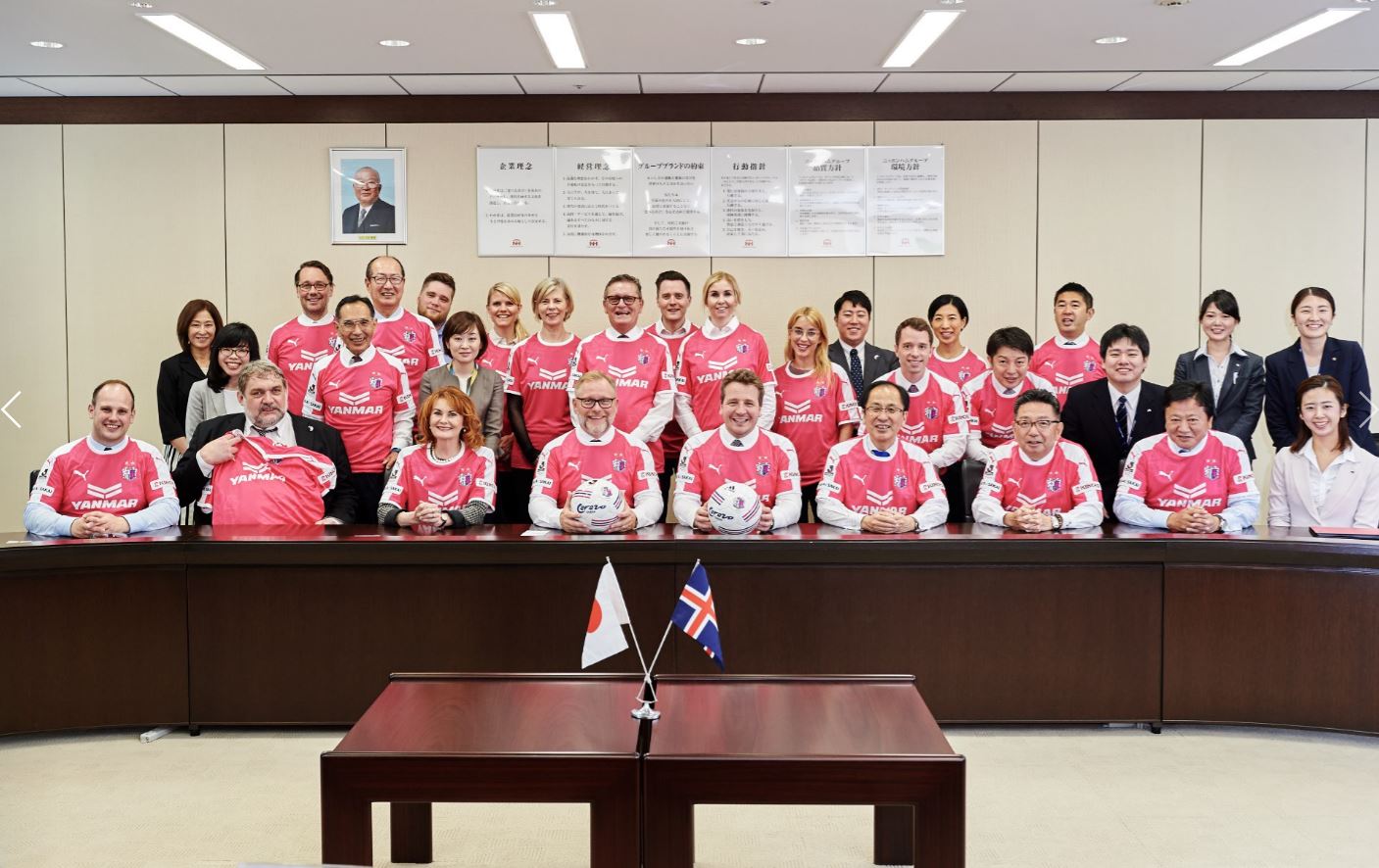 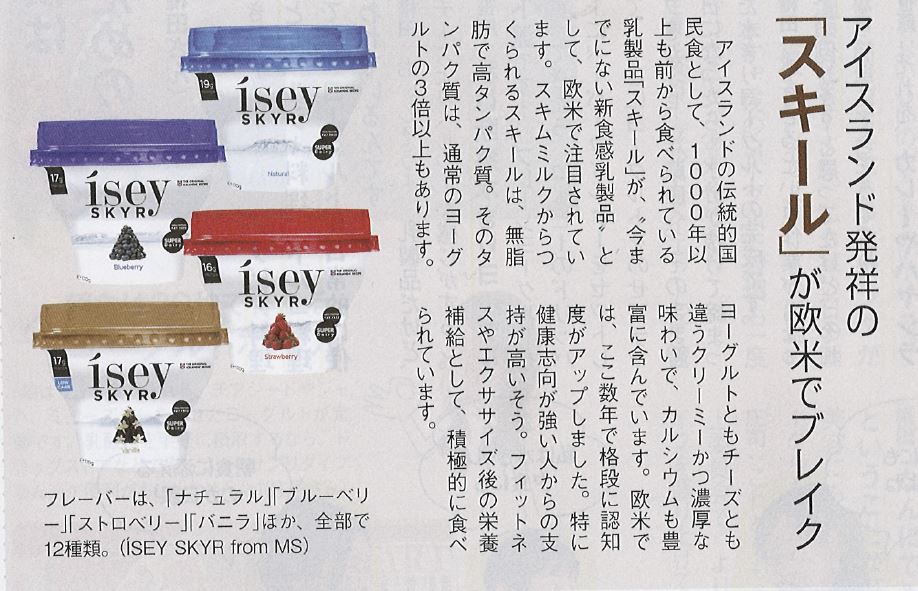 For the first time in Iceland!